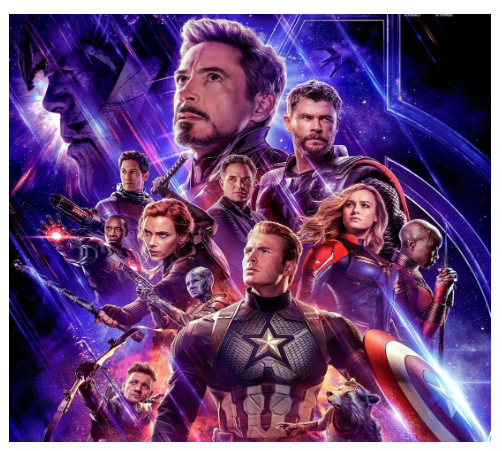 Avengers: Endgame, is the 4th installment of the Avenger Movies and the 22nd Film in the MCU ( Marvel Cinematic Universe).

Endgame is also the longest Marvel movie ever coming in at 3 hours and 2 minutes, making it hard for many people who may need to use the restroom during the movie. `

Onto the actual review itself. I’ll have to keep it short so I don’t spoil anything, even though as of writing this the film has been out for over two weeks, so I’m not sure how many people are left that haven’t seen it.

Endgame is definitely without a doubt the best movie of 2019 so far. Everything that’s lead up to this has all been worth it over the past 11 years. And because of that journey, you’ll find a lot of fan service in this movie. So if you’re a die-hard Marvel fan you’ll love this movie even more.

Personally, I’m not a huge fan of Marvel, but I can still appreciate their movies. One thing this movie did very well was to make all the characters seem more human. As in you get to see a more personal side of them and they further flesh out there characters making them almost more relatable.

To wrap up this review, I’ll go over the basic standards really quick and just say across the board this is a very good movie. The CGI worked, the fights were actually interesting and fun to watch unlike in the past it would just look like two action figures getting smacked together or something and you could never tell what was happening. But now, in this case, the fights actually make sense.

The actors gave amazing performances too, which was a given but was worth mentioning.

The only downside for this movie is that there’s one part near the end of the movie that somewhat brings social politics into the movie. Now the politics its self isn’t the problem, it’s just how they presented their message. It was a very forced message and it didn’t occur naturally, and it will really bring you out of the immersion of the movie. I believe Marvel could have done a  better job during that scene.

Regardless, this movie is defiantly worth the three hours run time, and all the hype it’s built up. I recommend if you can go see the movie in IMAX for the best experience.