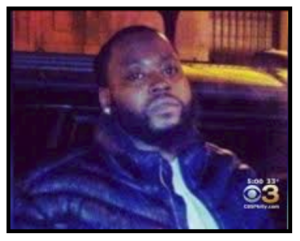 While at it, he also freed two hostages, one of them was his ex-girlfriend. A thirty-nine-year-old man was the one to blame. William Owens. He didn’t work for that company the co-worker worked at but worked near there. Police grabbed witnesses for an interview of what happened on January 14.

One of those witnesses is Ashlee Erickson. As she was heading for her shift, she was seven cop cars and people getting out of the building. People were leaving because they heard gunshots, but Erickson didn’t hear them. In the 6 ABC interview, Erickson said, “From what I understand it was someone who did not work there that was having a confrontation with their significant other.” She continued, “Then there was a massive police presence as soon as we were walking out of the building. There were a good ten cop cars. They all had their guns drawn out heading toward the main entrance of the building.”

“The guy came up there with a gun, beating her all in the face and then shot the gun up in the air in front of us,” said another witness, describing Owens and his ex-girlfriend. “He was like ‘I’m going to kill her, she was cheating on me.'”

After hearing the responses from the witnesses, the police responded to the company on Monday. The company of that building said “We are working with the law enforcement as they respond and cannot provide information about the identity of people involved at this time.” as a tweet. Before 10 AM, the police were responding to an incident in Logan Township.

Soon, the township’s schools are under modified lockdown. No one could leave until the police notified the district of “police activity in a nearby industrial park,” Superintendent Patricia Haney said.

Owen’s family is refusing to believe what happened. His mother is refusing to talk. His niece said “Nobody seen it coming. This came out of nowhere.” His brother, Thomas, didn’t know that Owens owned such a particular weapon.

Police shot Owens. The two feminal hostages he set free, weren’t harmed. Luckily, no one at the scene was harmed or injured.

In a statement issued after the incident ended, the UPS facility said, “UPS greatly appreciates the work of the law enforcement personnel who responded to this morning’s active shooter situation at the company’s supply chain processing facilities in Logan Township, New Jersey. The incident is concluded, and all of the employees are accounted for and being attended to by local officials. Support services for employees who work at the site will be provided as they recover from this unfortunate incident.”