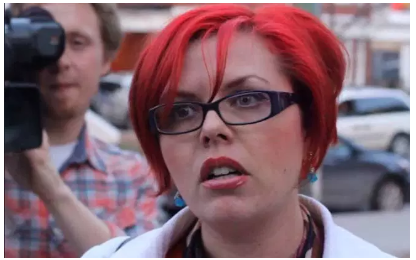 Disclaimer: This is an editorial/op-ed and therefore the writer’s opinion. It does not necessarily reflect the opinion of Stacey Middle School, The Cougar Chronicle, or its editors.

Everyone knows about Girls Inc, the frivolous program where it’s main purpose is to empower women and ensure they have a happy and successful life. But is it necessary? No, it’s not; and here’s why.

During PE on multiple occasions, girls are invited to a meeting where women discuss matters and the oppression of women in America. This is absolutely ridiculous. The people who run the program seem to think that women in America are oppressed in some shape or form. “Focusing on the whole girl”, is a quote that comes directly from their website. This entails only what can be assumed as the notion of girls not being whole in this society.

Other points are made as “96% of Girls Inc. girls feel pregnancy would interfere with their schoolwork”. Oh man, how surprising is that? That’s not a Girl’s Inc idea, that’s an all-girls’ idea. Most girls, regardless of whether they are in Girls Inc or not, are aware that teen pregnancy is horrible. Also, why is the number not 100? If you’re going to take pride in the number of girls you’ve “convinced” to stay pregnancy-free, maybe you should make sure you’ve actually done some convincing first.

Hey, here’s another idea… USE BIRTH CONTROL. It’s common sense, but the people that made the program seem to be lacking in that subject. They work mainly in Canada and the states, where women are the least oppressed and are privileged to an extent. What if they go to places where women are actually oppressed and should be empowered. BUT NO.

For example, women in Muslim based countries are forced to wear a full body suit of black with only one, and if you’re lucky, two eyeholes. The main point is that the club itself is overall trash. It’s obviously biased and no real evidence is presented on why and how women are oppressed on their website.

On the other hand, we have men. When wartime comes men are forced to go and die for their country, not women. Men are expected to work dangerous jobs like coal mining, construction, and truck driving, not women. Other women would argue that they are expected to stay home and tend to the babies, which makes them oppressed. Staying home, cooking, tending to children? That sounds like a sweet deal.

Another argument presented is that men are built stronger, taller, faster and physically superior. This is not a privilege, it’s just a basic male biological trait. They need it too, for the dangerous jobs of course. Even when put toe to toe in a physical fitness test women are given handicaps to make it even.

For example, in the military women are given easier tests to complete to make it into the Marines, Army, Airforce, etc. That idea costs lives from both men and women. But it’s “fair and equal.” As long as the feelings of women aren’t hurt, everything must be right in the world. Wrong. That’s disgusting and filled with bias. Just because their feelings are hurt doesn’t mean they deserve special privileges. It’s a cut-throat world and the no one should ever be given special help because they feel bad.

There is a solution to all of the controversy. Empower men too. Men also deserve the right to empowerment just as much as women. Even better yet, just have an empowerment club. Don’t separate everything by gender. Empower everyone alike and band together to make the world a better place. Or just don’t have a club at all, do it the old fashioned way and have them people figure it out themselves. It would be a little more interesting and may actually not make a bunch of snowflakes.