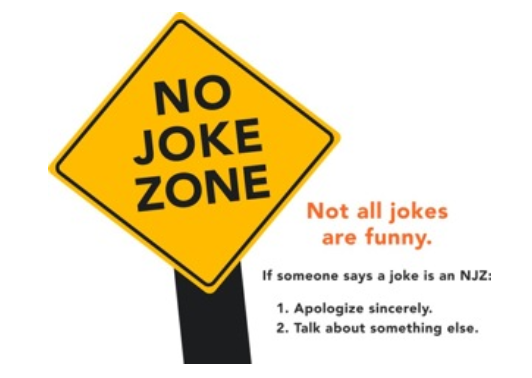 As all Stacey Students should know, on Monday, May 21st, 2018, there were bag checks, police, and even a news van here at Stacey Middle School. The reasons for this which some of you still may not know is all because of a school shooting threat was written on the boys’ bathroom wall. No violence actually occurred and this message was apparently meant as a joke, but what some people don’t realize is that things like this, even if it was meant as a joke,  have to be taken seriously.

Most people have that one friend that takes jokes a hair too far, right? When people joke, they expect others to think that it is just a joke too, but what they don’t realize is how personal or realistic people can take these jokes.

A large example of this is bullying, the people doing it may not be noticing how personally a person can be affected by one silly little statement or joke.

It can be hard to know when you’ve crossed a line. If you want to know when a joke has gone too far, you should use the whole shooting threat as an example. According to an article written by RJ Johnson from KFI AM 640, ¨According to District officials, someone wrote a message in the boy’s bathroom at Stacey Middle school on Friday.¨ and ¨The Message threatened to ¨Shoot Up¨ the school today, and HBPD has been investigating ever since.¨