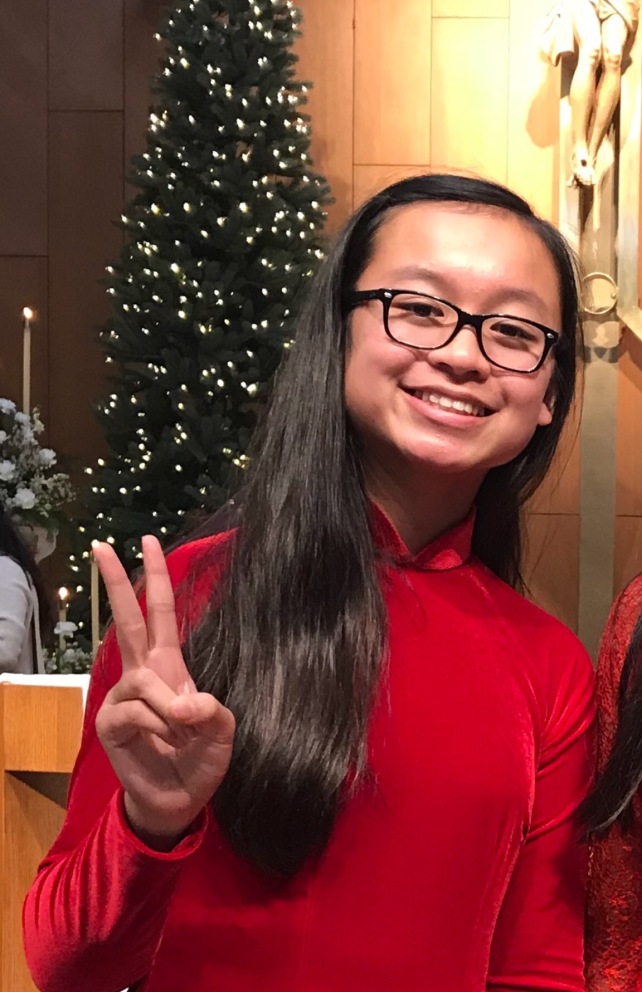 Stacey’s very own Lauren Duong took home the title of Stacey’s AVID standout. Lauren, an eighth-grade student at Stacey Middle School, was chosen out of all of the AVID students to represent Stacey for the AVID Angel scholarship.

The AVID Angel scholarship is a college scholarship awarded to a deserving AVID contestant. Each contestant must submit an essay as to why he or she should receive the award. If the essay is chosen in the second round, they become a runner-up for the big prize that will be awarded during a ceremony at Angel’s Stadium on May 7th. Lauren’s essay was chosen to make her a runner-up for the big award.

Each middle school with an AVID program picks one student to represent their school. The candidate is entered into a competition between numerous other students in hopes of receiving the scholarship. Scholarship awards range from five thousand to eight thousand dollars.

They are chosen jointly by the Angels, who have teamed up with the Orange County Office of Education, and the AVID Program to create Angels Scholars. Last year, each standout came home with a brand new laptop, although it has not been determined what the prize will be this year.

The winner of the award will be announced May 7th. Stacey Middle School will be keeping a vigilant eye out for whom the prestigious award will be gifted to in hopes that Miss Duong will be victorious.