For people who don’t know what Big Brother is, it is a show in which about twelve people enter a house for a certain amount of days. There are different challenges that they face set up to determine the Head of Household and the Power of Veto.

The Head of Household Competition determines who will be in charge of most everything around the house including the elimination. Each week there will be an HOH (Head of Household) Competition in which everyone competes to win except the most recent HOH. The winner of this competition will be given a key that unlocks a master bedroom and gives them the power to put two people up for elimination.

Just a few days later, just before the elimination ceremony, they hold another competition game called the POV or Power of Veto. Right before this competition, six people get chosen to compete, the two nominees, the HOH, and three other people that are randomly chosen. The winner of the Power of Veto gets the power to take one of the nominees off and the HOH has to choose a new nominee. The only twist is that they don’t have to use it if they don’t want to.

Afterwards, they hold an elimination ceremony where each person enters a secret room and tells which nominee they want to get rid of. The nominee with the most votes leaves the house and has to go home.

After being eliminated, they’re sent to The Jury. When the last two people are in the house, everyone in The Jury votes for who they want to win.

Now, this brings us to the Celebrity part of this article. This year, Big Brother decided to do a celebrity edition where all of the contestants are people that are considered celebrities.

Celebrity Big Brother started on February 7th, 2018, and the winner was crowned on February 25th. Now, here were the contestants.

James Maslow: James is an American actor and singer who is known for the boy band Big Time Rush which was also a show, along with Kendall Schmidt, Logan Henderson, and Carlos Penavega. James was born in New York City on July 16th, 1990, which makes him 27 years of age. James did not make it too far.

Chuck Liddell: Chuck is famous as an American mixed martial artist. Although he is retired, he is still very famous and highly looked up to. Chuck was born in Santa Barbara on December 17th in 1969, meaning he is 48 years of age. But apparently, Big Brother was not for him considering that he was the first one out of the house.

Omarosa Manigault: Omarosa is famous for being a television actor. She appeared in shows such as The Apprentice. Omarosa was born in Youngstown, Ohio on February 5th, 1974. She turned 44 only a few days ago. Omarosa fought hard until she was sent home in the finals. 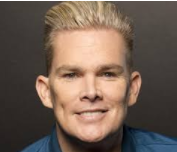 Mark McGrath: He is famous as an American singer. Like James, he was also in a boy band, his being named Sugar Ray. He was born in Hartford Connecticut on March 15th, 1968, 49 years ago. Mark also was a fighter on this show making it to the finals.

Marissa Jaret: Marissa is an American actress who is best known for playing the role of Tracy Turnblad in the award-winning musical Hairspray. Marissa may be a year older but her birthday is only three days before Omarosa’s. Marissa’s birthday is February 2, 1973. She was born in New York City. Marissa was the big winner this season!!

Ariadna Gutierrez: Ariadna is mostly known for in 2015 when she was miss crowned as Miss Universe by host Steve Harvey. Besides being a beauty pageant queen, she is also a Colombian actress. Ariadna Gutierrez was born on December 25, Christmas, in 1993 in Sincelejo, Colombia. Ariadna was in the finals as well.

Metta World Peace: Metta is a famous as a former basketball player, though he is currently a player development coach for the South Bay Lakers. Metta was born on November 13th, 1979 to the name Ronald William Artest, Jr. Metta was the most recent player to be voted off. He asked to be voted off since he missed his family.

Brandi Glanville: Brandi is famous as an American television personality. She became most recognized as a cast member of The Real Housewives of Beverly Hills. Brandi was born on November 16, 1972, in Salinas, California. Brandi did not make it to the finals.

Keshia Knight: She is famous as an American actress. She co-starred with Omarosa Keisha in the show Apprentice. Keshia was born in Newark, New Jersey on April 9, 1979. Before the elimination ceremony, Keshia asked to be voted off because she couldn’t stand another day in the house without seeing her child. So without further ado, Keshia was eliminated.

Ross Mathews: Ross is famously known for being the host of a comedic talk show. Ross is 38, turning 39 on September 24. Ross was born in Mount Vernon, Washington. For Ross, although he did not win the big prize, he did take home $50,000.

Shannon Elizabeth: Shannon has been in several movies and is also a former fashion model. Shannon, born on September 7th, 1973, is 44. She also grew up in Houston, Texas. Sadly, Shannon was one of the first people eliminated because she was such a strong player.