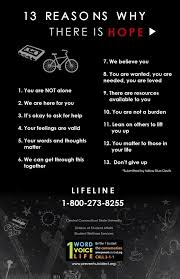 Are you or someone you love at risk of suicide? Call 1-800-273-TALK for the national suicide prevention lifeline. If you attend Stacey Middle School, please report anyone who is at risk of suicide on the anonymous school hotline.

If you haven’t been living underneath a rock for the past month or two, you know what 13 Reasons Why is. Even if you haven’t read the book or watched the TV series, most people have heard of it.

13 Reasons Why is a book about a girl, named Hannah Baker, who commits suicide. She leaves behind a box of cassette tapes, each side of the tape being a reason why she killed herself.

It has been argued many times if the TV show is appropriate for younger teens.

Tape 1 Side A: The T.V Series Shows Inappropriate Things for Children Ages 10-13 to be Watching.

Although many students can agree that the TV shows that they watch may not all be PG, Most teens don’t watch TV shows that show the act of self-harm, rape, or constant mature language.

The fact is, 10-13 year-olds shouldn’t be watching a show that shows someone cutting themselves or getting raped. The in the last episode, the film shows Hannah Baker, the main character, sitting in a bathtub with a razor blade in her hand. She then slits her wrist and bleeds to death. All while the camera is filming. The scene is that gruesome and triggering for many viewers. When this was brought up to the attention of the Netflix show producers, they said that they wanted the viewers to have the choice whether or not to watch Hannah commit suicide.

School counselor Mrs. Mondt discovered the series after it was addressed during her Girl Power session. She then watched the series with her 21-year-old daughter.

In her own words, she was, “Disgusted.” She described it by saying that it wasn’t appropriate for 11 and 12-year-olds to be watching.

She also said that she wished that an announcement was made at the beginning of every episode, saying that it should be watched with a parent.

Tape 1 side B: Copy-Cat Suicide

Children are like sponges, everyone knows that. Teens, however, aren’t soaking up whatever they see, but they do however just want to “fit in.” They will copy the same style as a friend or idol, eat the same food, and watch the same movies.

“Data from the National Longitudinal Study of Adolescent Health found that ‘teens who know friends or family members who have attempted suicide are about three times more likely to attempt suicide than are teens who do not know someone who attempted suicide.’”

Hence, one student commits suicide, then the next, then the next. It’s a domino effect. Suicides from the category of girls age 10-14 have increased in the last year partially thanks to films and other stories such as Hannah’s.

Tape 2 side A: It makes people think that suicide is okay, as long as you have reasons

While the film and book send out the message, treat everybody nicely, you don’t know what is going on in anyone’s life. It also sends out a worse message. It teaches teens that they can commit suicide as long as they have some good reasons for it.

Instead, it should be teaching teens that suicide isn’t the answer. According to Inside Edition’s article “13 Reasons Why Blasted by Schools for Glamorizing Teen Suicide, it states,“My concern is that 13 Reasons Why could be dangerous because it does glamorize, in some ways, the idea of suicide,”

Psychiatrist Dr. Gail Saltz told Inside Edition. “Specifically using suicide as a method of revenge.’” If you are upset at someone for something they did to you that ISN’T a good reason to kill yourself.

Are you or someone you love at risk of suicide? Call 1-800-273-TALK for the national suicide prevention lifeline. If you attend Stacey Middle School, please report anyone who is at risk of suicide on the anonymous school hotline.