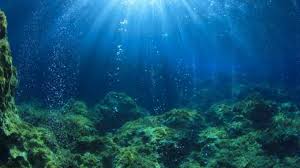 There is limited knowledge humans have about the ocean. In fact, scientists have not yet explored five percent of the world’s ocean, which consists of seventy-one percent of Earth’s surface. Surprisingly, there is more material learned about space than for the ocean. This ocean lives on the same surface with humans and animals, yet the knowledge of space and its content outweigh that of the ocean. So, one of the most obvious questions would be this: How deep is the ocean?

For starters, the deepest part of the ocean is known as Challenger Deep. This part lays in the Mariana Trench, within the western Pacific Ocean and east of the Philippines. This part was named Challenger Deep due to the name of the first crew who sounded it in 1875, HMS Challenger. Its deepest point was approximated by the National Ocean Service to be 36,200 feet, or 11,034 meters, deep.

In comparison, the safe zone of a person diving or swimming in the ocean is approximately 40 meters deep. Whereas at the point of 100 meters, swimming or scuba diving becomes dangerous due to decompression sickness (DCS). DCS can affect scuba divers in which evaporated gasses and nitrogen, in particular, rises up one’s body in the form of bubbles, impacting any area of the body including the skin, lung, heart, and brain. The deepest scuba dive by a human was at 332.35 meters by Ahmed Gabr, an Egyptian scuba diver.

James Cameron, a National Geographic filmmaker and explorer, and more broke the record of having reached 35,756 feet deep into the ocean using a manned submersible, or submarine that took him seven years to build.

At a depth of 830 meters, the ocean would be as deep as the tallest building in the world, Burj Khalifa, located in Dubai. After 1000 meters deep, light no longer reaches this area. It is completely dark and inhabited with fish such as the giant squid, angler fish, and tripod fish. The water pressure would be equivalent to stepping foot on the planet of Venus, resulting in a quick death.

Exploring to even greater depths is where the sperm whales dive, whose size could be compared to a bus. Sperm whales are carnivores weighing from 77,000 to 130,000 pounds and measuring 49 to 59 feet. It is thought that they have the largest brain of all known living animals on Earth, which contains spermaceti. The spermaceti is theorized to assist in the whale’s ability to maintain its buoyancy or help its sense of location in the dark trenches. Its rival is shown to be the colossal squid, with a mass of 45 feet. This squid has the title of being the largest squid in the world, along with having three hearts, and the largest eyes which are equal to the size of a dinner plate.

The deepest zone of the ocean is called the hadal zone, ranging from 6,096 meters, 20,000 feet, to the deepest point of the ocean. The name originates from the Greek god of the Underworld Hades. The zone may have been given this particular name due to its inhabiting species being unable to leave the trench, similar to how the Greek god Hades forbid his minions to leave his territory.

At this depth, the water pressure is extremely high, more than 8 tons per square inch. This is the equivalent of a person attempting to hold the weight of fifty Boeing 707s, a wide-body jet airliner, each weighing about 385,000 pounds when empty. One would instantly be crushed at this point of the ocean.

Around this area, the water would be as deep as the height of Mt. Everest, the world’s tallest mountain with an elevation of 8,848 meters (29,029 feet), if it were to be flipped upside down. Repeating, the deepest trenches of the ocean is 36,200 feet, about 7,000 feet larger than the tallest mountain on Earth.

Approximately ninety-five percent of the ocean floor has not been explored or mapped, leaving five percent that has been precisely mapped. It is unknown whether the deepest point of the ocean certainly is 11,034 meters, or if there is more that lies beyond, or underneath.