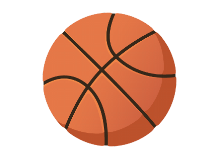 Both the boys’ and girls’ basketball team will be competing soon against Warner and Johnson May 2nd.  Hopefully, the girls will successfully dominate both teams.  A practice was on Monday, May 1st, and the games begin on May 2nd and go throughout next week on the 9th.  Good luck Cougars!