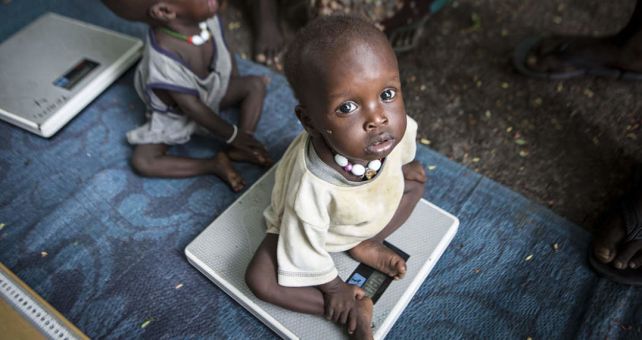 South Sudan, the most recent country to gain its independence, is smaller than the state of Texas and has been at war with itself for years now. But now it’s gaining more renown as a burial ground for millions.

The people of South Sudan have faced many threats throughout the years, including the brutal South Sudanese Civil War and now a merciless famine. Nearly five million civilians are on the brink of starvation, which is more than 40% of the country’s population.

Inflation has reached 800% making it near impossible to supply food for most families. The UN Food Programme says they will need about 205 million dollars within the next six months or they will run out of food and supplies to save this vulnerable society.

“People have been pushed to the brink, surviving on what they can find to eat in swamps,” said Emma Jane Drew, Oxfam’s humanitarian program manager in South Sudan.

Due not only to this famine but also to the country’s warring state, South Sudan is experiencing what has been deemed Africa’s biggest refugee crises the world has ever seen. Approximately, 1.5 million people have fled the country into Uganda.

Not to mention, the once-peaceful countryside of Equatoria, known for its rich agricultural productivity, has practically stopped producing food for millions of dependant families. Instead, these farmers find themselves either fighting for their lives or fleeing.
To help put an end to this horrid fate, go to https://donate.oxfam.org.uk/southsudan