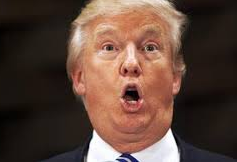 The claims that the election was hacked by Russians to support Trump has been big news recently. But now intel chiefs have presented Trump with new evidence that shows the hackings was actually meant to compromise Trump.

On January 3, 2017, allegations were proposed in a two-page synopsis and the FBI is currently investigating and reviewing this matter. Senior intelligence officials who had proposed this, Director of National Intelligence James Clapper, FBI Director James Comey, CIA Director John Brennan, and NSA Director Admiral Mike Rogers included the synopsis to show that Russia had meant to harm both political parties but only managed to release information on the democrats.

Trump’s transition team have denied all comments on the synopsis. Kellyanne Conway, a senior Trump adviser, dismissed the memos and claimed that they were false and untrue.

Once the FBI has analyzed the synopsis, another story regarding the matter will be on the way.