On New Year’s Day, 59-year-old Yolanda Holtrey and her 49-year-old friend, Michelle Luke from Huntington Beach, were murdered. At 5:30 am, firefighters responded to the house after a reported fire.

Yolanda Holtrey was well known for her New Year parties, friendliness, and elaborate Christmas decorations. She always went all out showing her Christmas spirit.

Eighth grader, and next-door neighbor to Holtrey, Ria Romero, said, “I heard like a bunch of ambulances and fire trucks and like a bunch of police cars,” Romero continues to say,” I looked out the window, and I saw like the smoke and stuff . . . I saw like the flames, I saw the firemen they were like going on her roof and then they were like sawing it off. I was scared like, what if our house catches on fire?“

The police began investigating the cause of the fire and the surroundings after extinguishing it and soon realized Yolanda Holtrey and her friend could not be located.

In the fire, the roof and interior of the house were burnt. The outside of the house was not, making most of the neighbors believe it was the heater.  Now candles burn in front of the nativity scene at Holtry’s home on North Western Street also known for Christmas decorations.

The next day, on Monday, the bodies of the women were found on the grassy field near the intersection of Ford Road and Bonita Canyon Drive, both in Newport Beach.  Authorities were led to a 37-year-old man, Christopher Ireland who was at the scene to come and “help.”  Due to video cameras, and his connection to the owner, the police thought the footage might have linked to his crimes.  They believe, after the crime had taken place, Ireland was believed to set the house on fire to cover up the murder.

His wife, Samantha Ireland, takes her husband’s side saying, “There was no motive, no fight, and no argument.”  Samantha Ireland worked together with the victims at Stein Mart in Huntington Beach. The suspect, Christopher Ireland,  worked as a real estate agent and was planning to help Holtrey sell her house. “What kind of realtor kills his client?” says Samantha.  He was also at another New Year’s party earlier which made her disbelieve that he went up in the middle of the night to murder a client.

How these two women were murdered is unknown, this situation is still under investigation. Police right now are looking for a motive of this action for Ireland committing the crime.

On January 4th, Ireland was sent into court. His attorney request was granted, and Ireland will be sent to prison on January 20th.  Before court, Holtrey’s daughter said,  “We do not understand why would a man she just met murder her and her co-worker. It’s sick.”  Her son, trying to cope said, “I want me and the man to make eye contact.”  After having their father lost at a young age, it has become hard to cope with the sadness.   Her son and daughter faced the man in court. 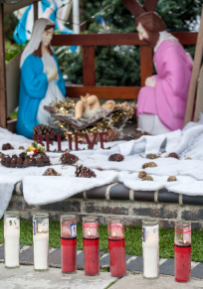