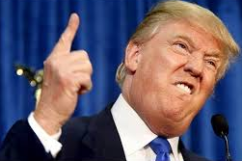 With the victory of president-elect Donald Trump, some authorities and citizens raised questions. Recent findings have shown that Russia may have interfered with the 2016 election. Senate Majority Leader Mitch McConnell says that he supports an investigation into findings of Russian hackers. A group of bipartisan senators also support an investigation.

Donald Trump is continuously minimizing claims. He tweeted, “Unless you catch ‘hackers’ in the act, it is very hard to determine who was doing the hacking. Why wasn’t this brought up before election?” He also states, “I think it’s just another excuse. I don’t believe it. I don’t know why and I think it’s just — you know, they talked about all sorts of things. Every week it’s another excuse…No, I don’t believe that at all.”

House Intelligence chairman Devin Nunes said that he sees no evidence that Russia had attempted to aid Donald in the elections. “There’s no proof that we have from intelligence sources that I’ve seen that show that the Russians were directly trying to help Trump,” he said in a Washington Examiner interview published Tuesday.

James Woolsey, a former CIA director and an advisor to Trump said that he believes Russia may have been involved, but he believed others were involved too. He was also asked if Trump is playing the media and he states that it may be a possibility, and that Trump is very good at weaving around these types of situations.

“I think the Russians were in there, but it doesn’t mean other people weren’t, too,” he said. “It’s often not foolproof to say who it is because it is possible and sometimes easy to hide your tracks. There’s lots of tricks.”

To retaliate against the Russians, the administration sanctioned four Russian individuals and five Russian entities. They have also ordered thirty-five Russian diplomats to leave the country and two Russian compounds are being closed.

Donald Trump has repeatedly questioned the investigation on the hacking.

Russia has also denied all involvement in the 2016 election, but leaders of intelligence teams are still digging up evidence that they may have had some sort of involvement in helping Trump win the election.

Below are links to both Barack Obama and Donald Trump explaining the possible hacking.