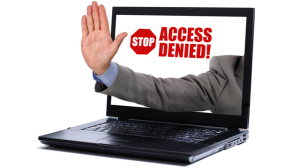 Since the arrival of Chromebooks, the GoGuardian has been effectively blocking inappropriate websites. However, the software has also prevented legitimate sites such as debate.org along with other websites. According to Education World, the internet service provider of the public education system claims that 75 to 80 percent of the school districts filter the internet or plan to do so. The issue regarding the method of monitoring the internet has caused many intense debates among educators, parents, technological experts and others.

Some say that it is a small inconvenience to help protect the young minds of students.

For one, according to Education World, former Vice President Al Gore, a passionate believer in internet filtering, encouraged the industry to “make the new technologies [that protect children by filtering Internet content] easier to use, more effective and more widely available…”

Furthermore, Mrs. Michelle Schieber, Stacey Middle School’s assistant principal believes, “ I agree that GoGuardian probably does cause an inconvenience towards students who are using their Chromebook instead of their personal device, but the benefits for those that need the monitoring device is invaluable . . . but we need to remember that . . . we have younger students on campus and others with poor decision-making skills, and it is our responsibility to help everyone remain in a safe environment.”

For example, the software does block legitimate, educational websites . Because of this, students can have a difficult time accessing the information they want.

Also, many inappropriate sites do not get blocked. The Blue Ribbon Campaign for Online Free Speech claimed that, “Such filtering software does not actually perform as advertised, and in fact not only is physically incapable of blocking material that fits a particular legal define such as ‘obscene,’ but also has been demonstrated to block numerous sites with no ‘obscene’ or ‘indecent’ content whatsoever . . . material that is perfectly suitable for children.”

Some others feel that perhaps rather than using filtering software, the solution can be approached differently. Instead of spending money on internet safety, the school can emphasize on teaching students on how to handle the Chromebooks.

Opponents to filtering content believe the students should learn how to use the internet, and as David L. Sobel, a legal counsel for Washington D.C., stated, “[using the internet without filters] teach the kids the critical skills they need to use this resource as they grow older.”

This is a debate that will most likely not be over soon.