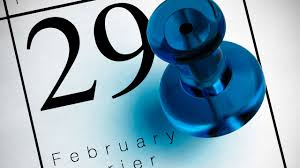 About every four years, an extra day is added onto the calendar as February 29, or Leap Day. This year, 2016, is a leap year, and will add an extra day onto February.

According to History.com, this extra day is to ensure that the calendar follows the Earth’s movement around the sun. Even though the modern calendar has only 365 days, the time it takes is actually around 365.2421 days. This missing quarter seems insignificant, but over decades and centuries, the extra time builds up. Adding an extra day realigns the calendar with the true astronomical year.

Although the Egyptians first determined the need for a leap year, the practice did not appear in Europe until the reign of the Roman dictator, Julius Caesar.

In 46 B.C., Caesar and a Greek astronomer, Sosigenes, changed the Roman calendar, which previously required adding another month to the calendar, to include twelve months and 365 days. The “Julian Calendar” also added a leap day every four days to make up for the missing time.

However, since the solar year is .2421 days longer and not .25 days, adding a leap year every four years leaves an annual surplus of around eleven minutes. This caused the Julian Calendar to drift off course by one day every 128 years.

To fix this inaccuracy, Pope Gregory XIII made a revised “Gregorian Calendar” in 1582, in which leap years occurred every four years except for years divisible by 100, but not by 400. Pope’s updated calendar still remains in use today.