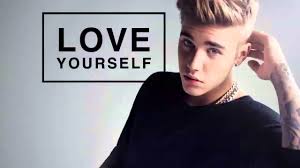 In tenth place we have, “Here” by Alessia Cara. It looks like one of Justin’s songs has gone down. Let’s have a moment of silence for its long time here on the top ten.

Ninth place is “Work” by Rihanna Feat. Drake. This song has finally made it on the charts since its first debut yesterday on KIIS FM at about 8:05 a.m. It has the highest gains in performance levels!

Number eight is “Same Old Love” by Selena Gomez. This song was in seventh place yesterday, but with the huge changes in the charts overnight, was bumped down to number eight.

In seventh place, is “Hands to Myself” Selena Gomez. This song is a new one along with “My House” and “Work”.

Number six:  “Roses” by Chainsmokers. This is a new song on the charts. One might remember Chainsmokers as the artists behind “#SELFIE”, but they took on a more serious song with another artist, Rozes.

Number five is “My House” by Flo Rida. Flo Rida has been on fire since “Goin’ Down For Real” in the summer of 2015!

For number four, we have “Hello” by Adele. Hello is finally saying goodbye, going from first place down to fourth!

Number three is  “Stressed Out” by Twenty-One Pilots. Just last week this song was the feature and is now taking its place as number three!

In second place, we have: “Sorry” by Justin Bieber. It seems like Justin Bieber isn’t sorry that “Sorry” isn’t number one anymore.

Finally, for first place we have: “Love Yourself”  by Justin Bieber. It took a while to get “Hello” out of the number one spot!