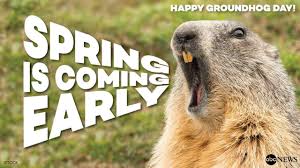 This tradition comes from German folklore that says if a groundhog sees its shadow after emerging out of its burrow, then winter will last for six more weeks.

However, if it doesn’t, then spring will come early.

Statistics have shown that since 1988, Phil’s predictions were correct 13 times and incorrect 15 times.